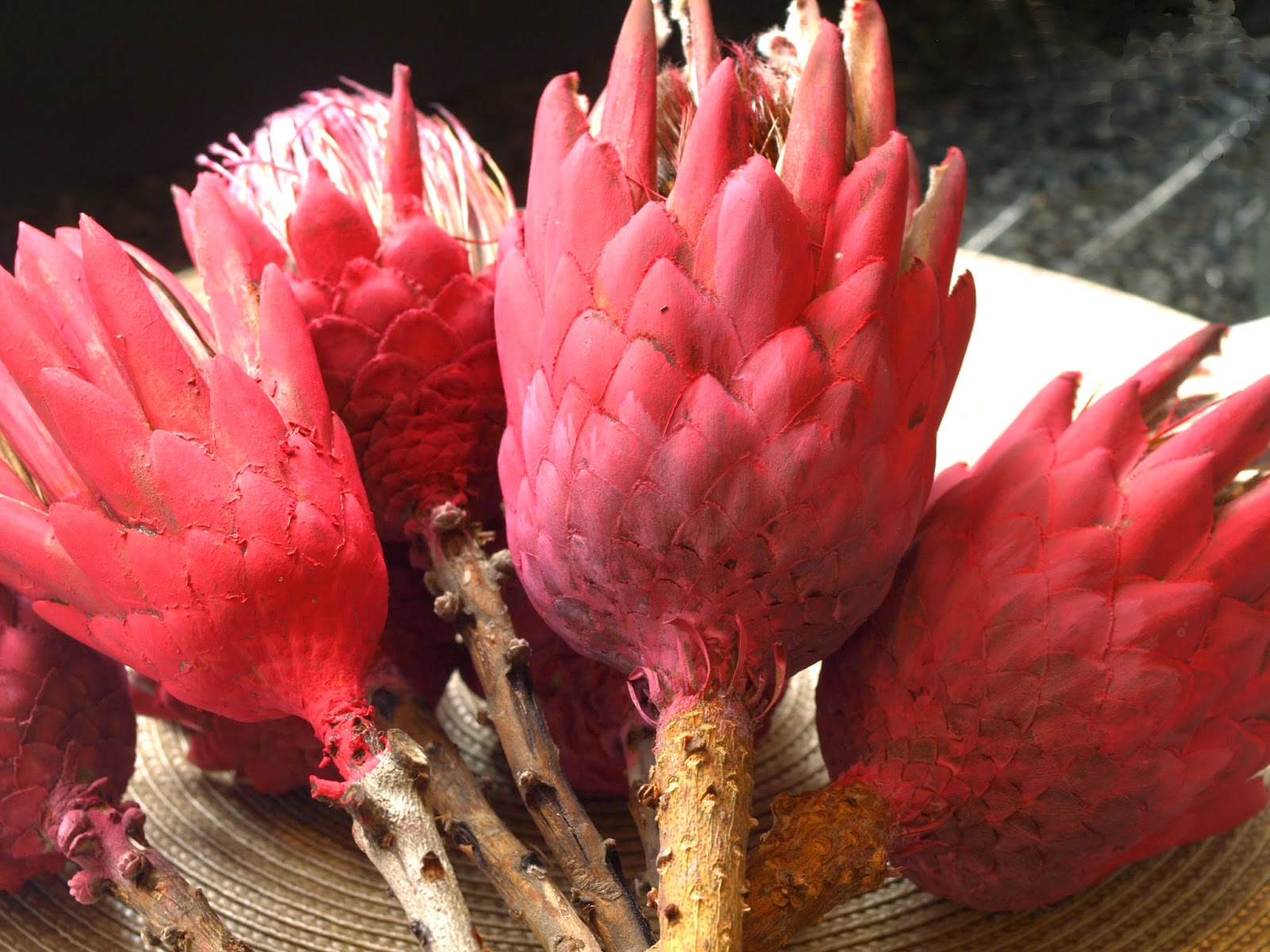 Proteas from a couple of gift bouquets I received were left to dry for a few weeks…. – and then brought back to life again with a coat of Annie Sloan Chalk Paint 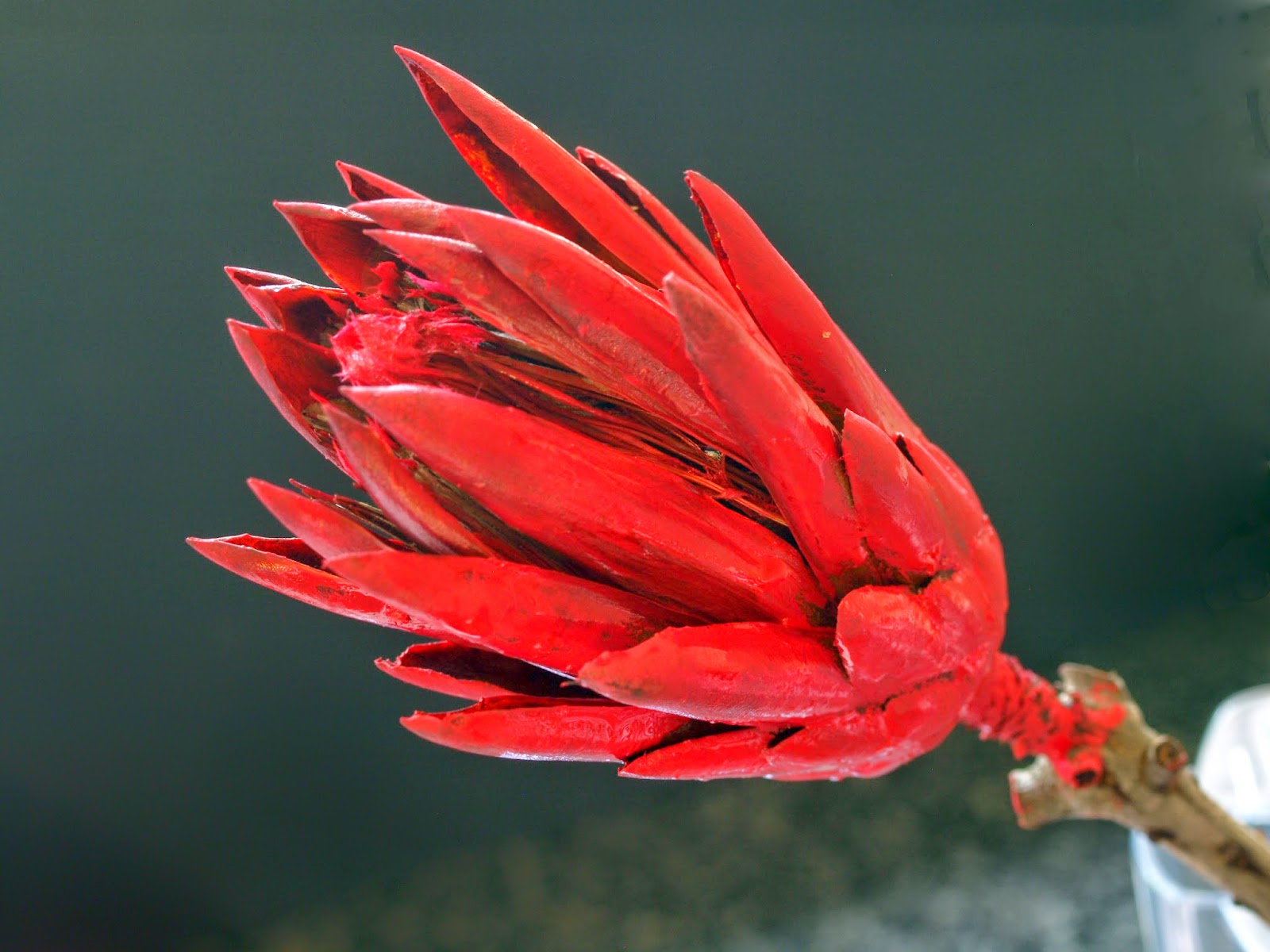 I painted the petals with Emperor’s Silk Red and then dipped the centre stigmas into a thinned down solution to add some colour. 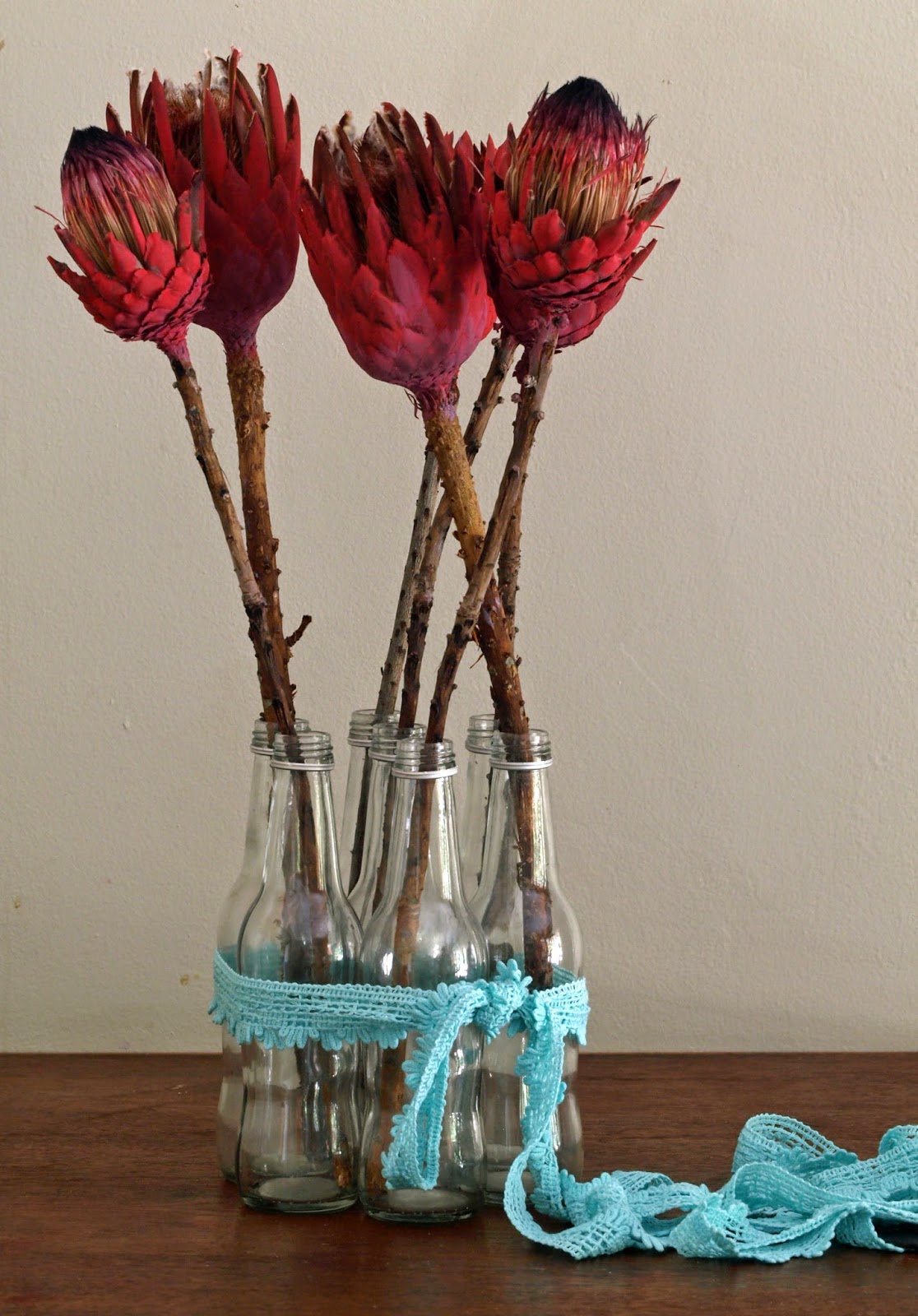